Nestled in the far North East corner of Tasmania is Musselroe Bay and Eddystone Point. Often untouched due to it remoteness, but Anglers took the opportunity of a extra long weekend and made the trip.

Eddystone Point did not disappoint with plenty of Crayfish being caught and anglers making great use of their time while they waited to pull their pots by catching an array of fish species, including Flathead, Gem Fish, Gummies and the odd Mako Shark.

Around the corner at Musselroe Bay, Australian Salmon was all the rage with anglers cleaning up from the shore.

The Tamar River was the place to be for King George Whiting this week, with many anglers “bagging” out in no time.

Every year we hear more and more reports of Kingfish randomly popping up around the state. Over the past few days we have had reports of them caught in multiple locations, a great sign for anglers.

A great sports fish to target, they often swim underneath schools of Salmon. Trolling or spinning lures at a higher speed than you normally would your best approach.

Need fishing gear? We have a huge range – drop into the store to have a look, or browse our new online catalogue!

Stay up to date with the latest sales and newest products 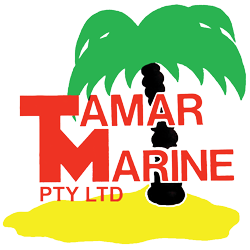